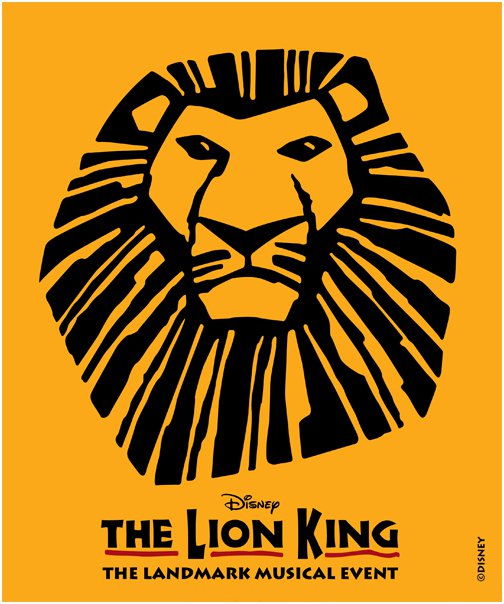 Brilliantly re-imagined by acclaimed director Julie Taymor, Disney's beloved film has been transformed into a spectacular theatrical experience which has been seen by over 50 million people around the world and won over 70 major international theater awards.

As its heart is the powerful and moving story of Simba - the epic adventure of his journey from wide-eyed cub to his destined role as King of Pridelands. This award-winning Broadway musical has broken box-office records and wowed audiences around the world, and we are proud to present this landmark musical in its Southeast Asian premiere. 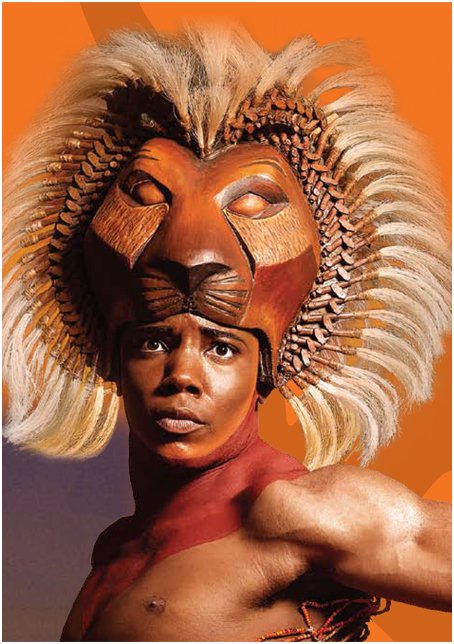 MASK, PUPPET AND COSTUME DESIGN
In creating the lions' costumes, director/designer Julie Taymor used and abundance of silk and natural fabrics with lots of texture to ensure each costume blends naturally with the performers to project cat-like, fluid movements.

The fabric is typically made to order, rather than cut from bolts of cloth. By incorporating organic and handmade materials in her innovative costume design, Taymor transforms African beading into a lion's white belly, a collar of horsehair into a baboon's chest and burnt peacock feathers into Mufasa's majestic crown.

Taymor and Michael Curry, one of the world's leading puppet experts, created hundreds of intricate masks and puppets for the show. Uniquely, the mask design enables the audience to see the characters as animal and human at the same time, an effect Taymor dubs 'the double event'. The audience at the THE LION KING, then, has an important job: the imagination joins the 'animal' with the human into a magical whole.

THE SOUTHEAST ASIAN INFLUENCE
Inspired by the venerable art forms of topeng (masked dance/drama) and wayang kulit (shadow puppetry) during the five years she spent in Indonesia, Julie Taymor has incorporated elements of these Indonesian arts into the show, along with a sense of powerful beauty that traditional African masks evoke. Likewise, choreographer Garth Fagan used elements of Javanese dance and the minimalistic elegance of traditional Japanese puppetry, Banraku, in creating the stylized animal movements. 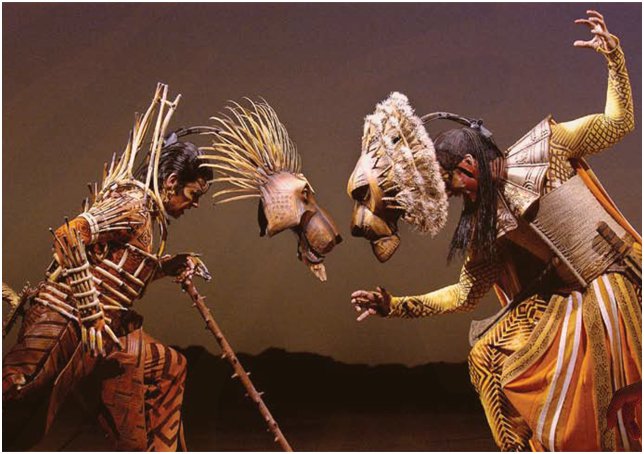 "My fledging design for a 'wedding cake' structure for Pride Rock was quickly rejected by Richard. Too symmetrical. Not dangerous enough. What is powerful about Pride Rock is that it juts forward, forming a jagged promontory. I heartily agreed with the critique when presented with a much more satisfying, yet still stylized, solution. The circle symbolism remain intact but he was able to give the rock an asymmetrical shape that made it more organic to the landscape. Because the structure was part of a huge turntable, we would be able to change its look by a shift of positioning and lighting, giving us a myriad of possibilities." 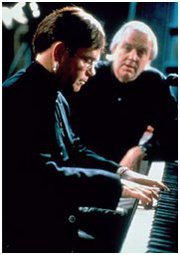 MAKING THE MUSIC
Encouraged to push the boundaries of a traditional musical theatre score, a group of diverse and accomplished musicians from around the world, including Elton John and lyricist Tim Rice and South Africa's Lebo M, wrote additional music and lyrics that futhered the storytelling and character development from the film to the stage.

As a result, THE LION KING's sound reflects a variety of styles, influenced by sweeping film scores, upbeat pop tunes and - the lifeblood of the music - African choral chants. Songs like the anthemic "Circle of Life", the mystical "They Live in You", the soulful "Shadowland", and the celebratory "One by One" each capture the passionate spirit of THE LION KING's universal themes. 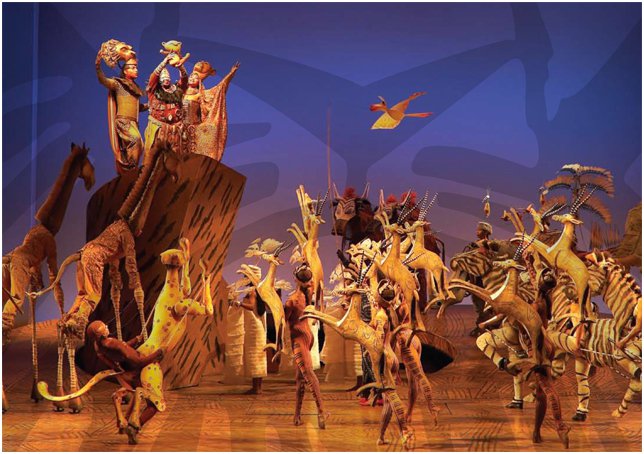 DISNEY THEATRICAL PRODUCTIONS
Disney Theatrical Productions, a division of The Walt Disney Studios, was formed in 1994. Operating under the direction of Thomas Schumacher, it is currently producing or co-producing 14 productions around the globe.

The company produced Beauty and the Beast, its inaugural Broadway production, in 1994. In November 1997, Disney opened THE LION KING, which received six 1998 Tony®  Awards including Best Musical and continues in its 13th smash year, having welcomed over 50 million visitors worldwide.

Elton John and Tim Rice's Aida began its four-year Broadway run next, followed by Marry Poppins, a co-production by Disney and Cameron Mackintosh, which opened in London in 2004 and has established itself as one of the biggest stage musical successes of recent years. Tarzan® opened on Broadway in 2006 and in 2008, The Little Mermaid opened on Broadway, becoming the #1-selling new musical of that year.


SINGAPORE'S PRODUCTION
A stellar team of creators from Broadway and London's West End will bring THE LION KING to glorious life in Singapore. They include: 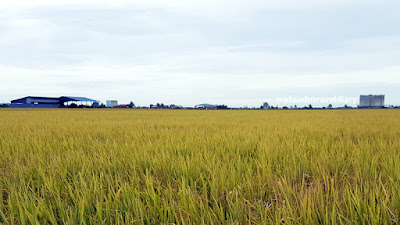 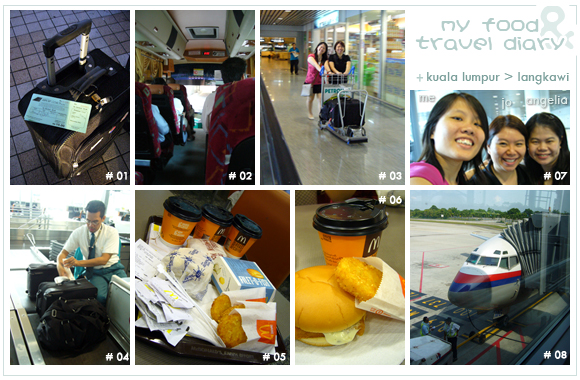 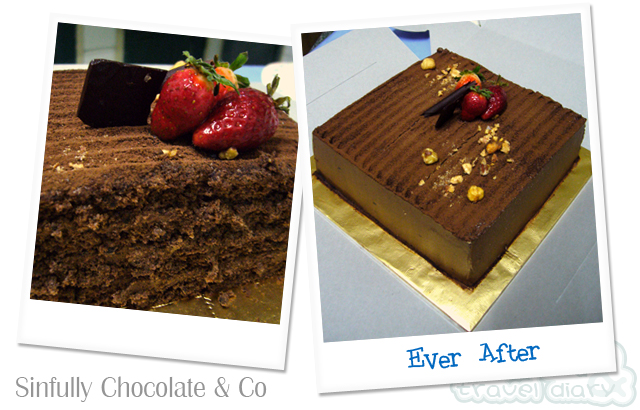 超难忘的一个蛋糕 感觉历经重重才可以吃到它 Ever After - Sinfully Chocolate & Co’s signature chocolate mousse cake. An elegant cake made with delicious Belgian chocolate – a must for all chocolate lovers。 表面看很硬其实蛮软的，并不甜，但味道很香。